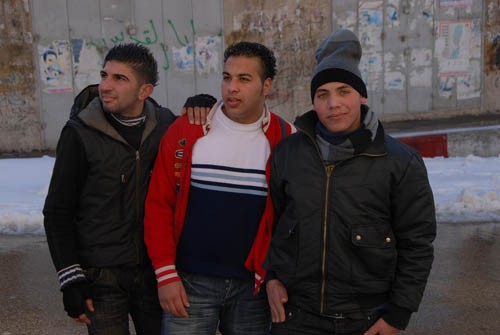 In the past year, the Arab world has seen drastic changes in leadership–but the next generation of leaders are rarely asked for their opinions on what’s happening, or what the future might hold. In Yemen, for instance, close to half of all citizens are under the age of 18, and yet no real effort has been made to connect with these youth and let their voices be heard–until now.

This month, international NGO Mercy Corps wrapped up a first-ever pilot that used Souktel’s SMS alert and survey platform to reach out to Yemeni youth. The pilot aimed to empower young people to share their opinions and perceptions of the current national transition via mobile phone. Support for these activities came from USAID’s Office of Transition Initiatives.

“From our experience, mobile phones are the leading way to engage youth–especially in communities where adult voices dominate or where they’re physically isolated from peers in other regions,” says Souktel CEO Jacob Korenblum. “Across the Arab world, most young people own basic cell phones, and they’re texting on a daily basis–so this is a quick and easy way to reach out and really understand what they’re thinking.”

Over the course of the pilot, Mercy Corps delivered three landmark SMS opinion polls to Yemeni youth, to hear their thoughts on key issues.  The first poll asked participants to list the goals they’d work to achieve if they were elected president; more than half responded via mobile within the hour, citing security, stability and economic development as high priorities.

A second SMS survey asked youth to share their feedback on a recent Mercy Corps job skills training program called Improve Your Future; again, the majority of targeted youth responded immediately, and gave the program a high ranking via text message. Results were displayed in real time on a dynamic web interface–allowing Mercy Corps staff in multiple locations to analyze the data within minutes.

At the end of the pilot period, Mercy Corps staff sent out one final poll asking young people for their thoughts on Yemen’s future–and specifically, whether the current period of change in the country would benefit local youth. Close to two-thirds of participants texted in their thoughts right away, with an overwhelming one-word reply of “yes”.

“The Souktel platform has enormous potential,” offers Victoria Stanski, Program Development Advisor to Mercy Corps’ team in Yemen. “Mercy Corps is exploring ways to engage more youth, as well as women and marginalized groups, to participate in the ongoing transition [that’s taking place in the country].  Mobile technology can reach isolated communities, and we want to use it to help create inclusive mechanisms during the National Dialogue.”