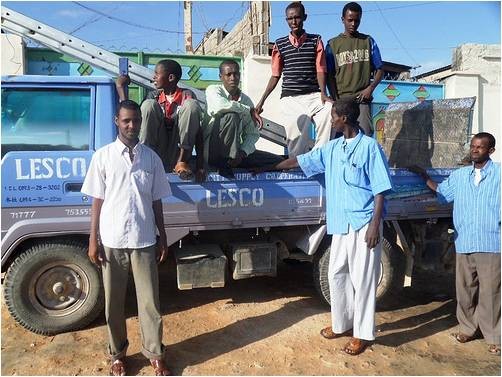 Last week, world leaders met in London at a conference to discuss the future of Somalia, working  on strategies to resolve the region’s  conflict. But amid speeches by high-ranking officials like UN Secretary-General Ban Ki-moon and U.S. Secretary of State Hilary Clinton, some of the most important voices—those of average Somali citizens—risked being left unheard.

To address this challenge, leading news network Al Jazeera decided to take a different approach in its coverage of the event: It partnered with Souktel to invite Somalis living across the Horn of Africa to share their views on the conference via SMS. Mobile phone subscribers in the region were asked to send a free text-message to a designated hotline detailing their thoughts. These comments were then displayed, by location, on an interactive map that formed part of a special Al Jazeera website.

The SMS feedback ranged from words of support to outright criticism of the event:

“Somalis should accept the decisions that come from the conference for they have failed to decide for themselves.” – Sent from Galkaayo, Feb. 22.

“The conference that is taking place in London is not one that will bring advantages to the Somali people and it is not in their interest.” – Sent from Mogadishu, Feb. 22.“Somalis should accept the decisions that come from the conference for they have failed to decide for themselves.” – Sent from Galkaayo, Feb. 22.

“I want to say to those at the upcoming conference in London, this is the conference of Greater Somalia which you fought for but it would have been better if it was held here [in the region].” – Sent from Bosaso, Feb. 22.

But regardless of their content, these messages represent a unique new approach to empowering local communities through basic technology.  This thread runs throughout the current campaign, which is a continuation of the Somalia Speaks project that Al Jazeera delivered last month in partnership with Souktel and tech ventures Ushahidi and Crowdflower: Simple text messaging and “crowdsourced” mapping can help amplify the voices of communities in crisis zones.  Since the campaign’s launch, more than 4,000 SMS messages have been received from local community members.

“We are bridging new and old media and taking the ‘social media’ phenomenon to the grassroots,” says Al Jazeera’s Soud Hyder.  “Just because there aren’t many people in Somalia connected to Twitter or Facebook, it doesn’t mean they shouldn’t be part of the ‘information revolution’”. By leveraging text messaging, he notes, Al Jazeera has been able to “literally connect the Somali diaspora to their homeland,” while giving Somalis at home and abroad the chance to share their views with global audiences.

Michael Moszczynski, Souktel’s lead software developer for the project, agrees with Hyder’s assessment:  “Whether the audience is millions of television viewers or the staff [and beneficiaries] of an aid agency, SMS polling allows us to reach, in real time, people who are otherwise completely outside modern networks of communication. This technology truly empowers the large number of people [in the developing world] who have very few chances for their voices to be heard”.

View a PBS profile of the Somalia Speaks project here.