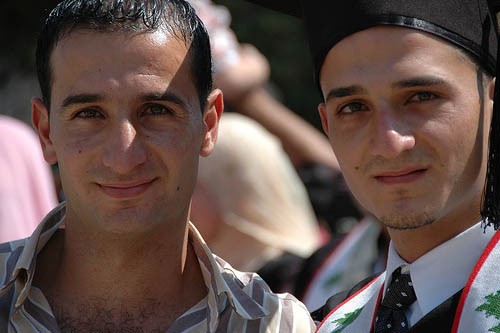 Each May, MIT’s Legatum Center hosts a conference focused on entrepreneurship in the developing world; this year, talk turned quickly to technology–and in particular, the role that mobile tech can play in boosting emerging market growth. With speakers ranging from Chris Locke, Managing Director of the GSMA Mobile for Development Fund, to Sheikha Hanadi Nasser Bin Khaled al-Thani, the Middle East’s Woman CEO of the Year in 2006, the fast-paced summit touched on everything from youth unemployment in the Arab World to venture capital in Africa–with mobile phones as a common thread that unites these regions. Souktel CEO Jacob Korenblum joined the conversation, drawing on the Palestine-based venture’s own experiences.

In her keynote remarks, H.E. Sheikha Hanadi stressed that, in the Middle East/North Africa region, the drive among youth to start new businesses often comes from “a necessity to survive”: Steady employment can be tough to find, especially with a booming population, fierce competition and lack of career guidance in schools. As a result, recent grads have begun to create their own start-up ventures instead. For this reason, said Hanadi, it’s crucial to support Arab youth by promoting entrepreneurship. Unfortunately, few resources are available to do so.

That’s where mobile technology comes in: As Souktel’s Korenblum conveyed to the audience, the low cost and widespread availability of cell phones mean that even in countries with poor web penetration, or limited financial resources, young workers can still find jobs reliably. In Palestine, where job-seekers often face mobility restrictions–but also in markets across Asia and the Americas–“cell phones are the great leveler,” he explained. “As long as you have a basic handset, you can send and receive text messages. That gives you an instant way to promote your skills and find out about work. No iPhone required”.