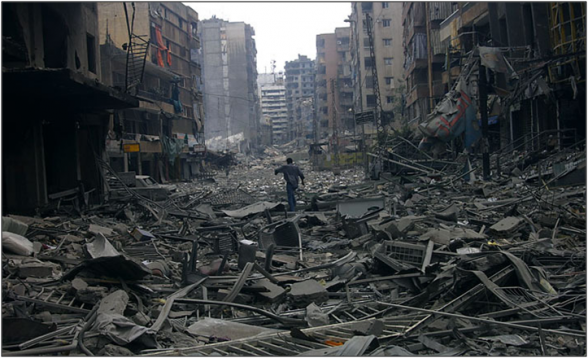 In the Gaza conflict of 2009, Souktel joined forces with “crisis mapping” leaders Ushahidi, and media network al-Jazeera, to create a way for citizens on the ground to report incidences of violence through their mobile phones. Now, as conflict flares up again in the region, these kinds of tech partnerships are becoming all the more crucial.

This month, Souktel paired up with US-based TechChange–a leading technology training institute–to host the first-ever training on the Ushahidi crisis mapping platform for software developers in Palestine. The aim was to explore how both SMS and “crowdmapping” (where large numbers of citizen-created incident reports are shown on a single map) might play a role in crisis response: For international aid agencies and local non-profits, these tools could help create a clearer picture of where help is needed most.

The training session had three parts: A simulation in which ambulances had to be directed via SMS through military checkpoints after a major attack; the creation of an Ushahidi map and thinking strategically about its application; and finally, registering for the Standby Task Force, a global community of mappers who spring into action when crisis events start–having helped in the Haiti earthquake, and in Sudan and Pakistan (among other crisis zones).

For the training exercises, “participants organized themselves into teams with differentiated roles,” explains Christopher Neu, Director for Middle East Programs at TechChange. Their challenge was “to make sense of an onslaught of contradictory text messages, so that they could save as many lives as possible.”

While the training was just a simulation, the potential need for crisis mapping is real–and its ability to help is significant. “After the Haiti earthquake, aid providers like the Red Cross and UN World Food Program used Ushahidi ‘crowdmaps’ to get a clear, real-time picture of where aid was needed,” explains Souktel co-founder Jacob Korenblum. “With this training, we’re aiming to start a similar network in Palestine and other Middle East countries–so that when crisis events happen here, aid providers can use data from SMS reports on the ground to plan their response”.