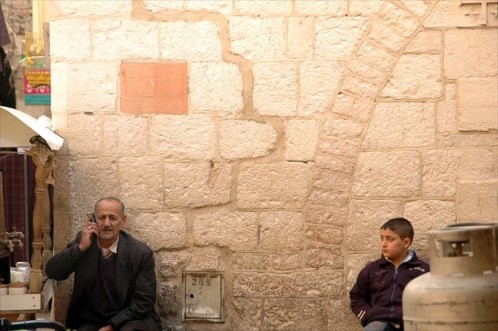 As the new year begins, global headlines are painting a stark picture: Unemployment is on the rise, especially among youth. In the US and Europe technology may be adding to the problem, driving more jobs overseas. Meanwhile, in the developing world, technology has the potential to create jobs—but  in many countries it’s still a nascent sector.

To get clearer insights into these trends, Souktel regularly polls the thousands of job seekers and employers who use its JobMatch services. Delivered by SMS, these short surveys help JobMatch staff (and partners in Africa and the Middle East) understand whether the service is meeting its goal—matching workers with available employment. But the polls also shed light on bigger-picture issues like regional growth, mobile penetration, and the use of social media like Facebook or Twitter in emerging job markets.

The results of Souktel’s most recent poll, delivered in late 2011 to more than 500 service users, show that the vast majority of JobMatch subscribers (both employers and job seekers) are satisfied with the system itself, but frustrated by poor access to technology across the region—and a lack of work opportunities in rural areas.

In Palestine, job-seekers had occasional complaints but mainly positive comments: “[SMS job alert] messages are clear,” wrote a recent graduate of Birzeit University. “The service is very good because I can get job information wherever I am.” Meanwhile, a user in Nablus texted, “I am so proud and happy we have this technology in Palestine.” In the Horn of Africa, where 182 job seekers provided feedback, 85% said the SMS JobMatch system was easy to use and 87% said it helped them find a job more quickly than other ways of seeking employment, like searching newspaper ads or the web.

Meanwhile, close to two-thirds of polled employers said the mobile JobMatch service saved them money during their search for new employees: Using JobMatch cost far less than posting a classified ad or printing job leaflets. Over half felt the service helped them find staff more quickly than other hiring methods, like online postings.

Of course, there’s always room for improvement: As Somali users were quick to point out, there aren’t as many job listings on the system for those living and hoping to work in rural areas.  “This is a real challenge for us,” says Souktel ‘s president Jacob Korenblum. “As is often the case, there’s a high concentration of work opportunities in urban areas and a growing migration of youth into cities. This means we have to boost our outreach to rural employers so no one is left behind.”

In Palestine, users complained regularly about the lack of 3G (or high speed) coverage in the country.  A reality in many emerging markets, this means that using mobile data services (like web browsing or email) is often a slow, expensive process.  Still, close to 100 percent of Palestinian JobMatch users reported having Facebook profiles—but fewer than 5 percent said they used Twitter.

“These  findings really help Souktel and its implementing partners [who range from mobile networks to NGOs] make decisions when we look at how to improve the service,” explains Korenblum. “We know that recent studies show a far greater proportion of mobile owners in the Middle East and Africa using SMS instead of the web on their phones. These findings help explain why”.

At the same time, though, he adds that “the rising popularity of Facebook and the falling cost of ‘smart phones’ means we’re also cross-posting content on social media platforms, and making our service accessible for mobile browsers. We can’t actively change labor market conditions, but we can actively listen to the job seekers who use our service. Hopefully by doing so we’re creating technology that helps them find work”.