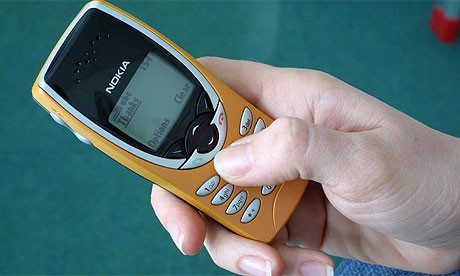 Last month, Tunisia held its first-ever democratic election–a major milestone for the country that started the Arab Spring. By all accounts the vote was a success, with international monitors hailing the process as fair and accurate–thanks in part to a hotline which let citizens ask voting related questions and report suspicious activity at polling stations via SMS. Delivered by the Tunisian Bar Association, the national umbrella organization for Tunisia’s lawyers, with assistance from the  American Bar Association and Souktel, the service was rolled out across the country on election day with funding from the U.S. State Department’s Middle East Partnership Initiative.

By giving average citizens the power to send voting-related reports from their mobiles, the project promoted real-time electoral participation and transparency.  If a voter had a question, or witnessed perceived illegal activity at a polling station, he or she could instantly send a text message to the monitoring hotline. SMS reports were directed to a team of volunteer lawyers from the Tunisian Bar Association through a custom web platform. The lawyers then verified the claims, called voters to confirm details, and pursued follow-up action where needed.

“Given Tunisia’s history, transparency was a key priority for citizens in this election,” says Shannon Gavin, Souktel’s client outreach manager for the service. “By giving the average voter on the ground a quick, easy and discreet way to ask voting related questions or report  perceived problems via cell phone, this technology really helped guarantee that the election was open and genuinely democratic.”

In a time-limited event like a one-day vote, quick responses to voter reports were crucial. To ensure that incoming text messages were handled quickly, Souktel designed the Tunisian Bar Association’s software platform to let individual lawyers “tag” and claim incoming cases, and then mark a case as closed right after they’d responded to the sender’s question. This let the 80+ lawyers at the service’s call center process more than 1,000 voter reports in a matter of hours.

American Bar Association legal experts were impressed with how the project unfolded. “At the headquarters in Tunis, [lawyers] were able to keep track of where all of the problems were occurring,” offered one project team member, “and if they started seeing patterns rather than just individual instances, they contacted the Election Commission right away.”

Adds Uqba Owda, the Souktel software project manager who designed the service: “SMS played a major role in kick-starting the Arab Spring because it was a fast and affordable way for Tunisians to have their voices heard. Now, we’re leveraging the simplicity and pervasiveness of this technology; we’re giving Tunisia’s voters an even greater voice as their country moves forward”.